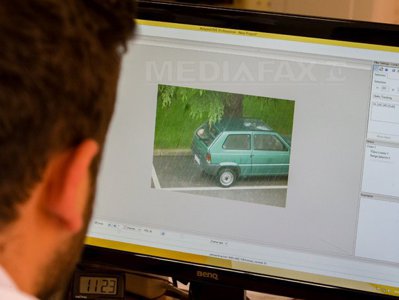 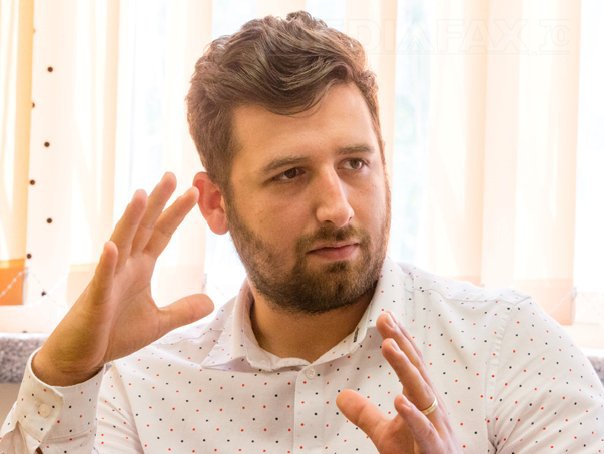 While police inspector and forensic specialist Mihai Teodorescu worked on laboratory investigations (videos and images in IPJ Cluj) he gained expertise and quickly learned how to use the new software, which he said is very user friendly. In front of two monitors, he explains how the software works.

“We are the first in the country to implement this software (Amped FIVE). The aim of investigating video recordings or photos, is to try to establish as much information as possible about the people or cars that have been caught on camera. A camera captures a person suspected of having committed an offense, but the picture is not always the best quality. The software then uses filters to exploit that data and enable any corrections and improvements possible. The software was created by an Italian company (Amped Software), and is versatile, with a very user-friendly interface and we receive constant updates “, said Teodorescu. 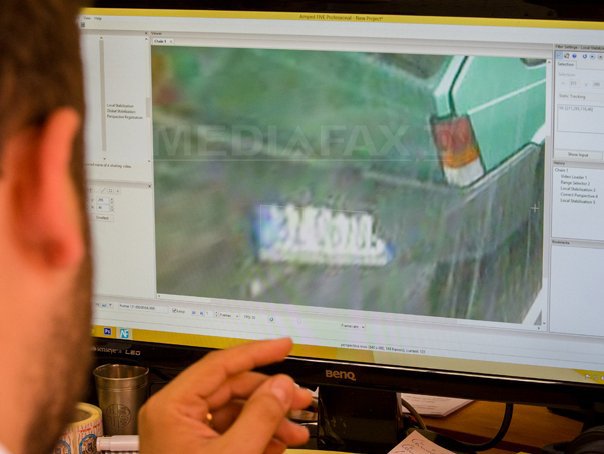 According to him, with the new technology, the officer can see what tattoos a person has or if the suspect is wearing rings or earrings to help make identification easier and more clear.
“From the images you can determine the height of a person based on benchmarks established through the size of known objects. If a person is caught in a door, measure the door and you can determine the person’s height”, said Teodorescu. 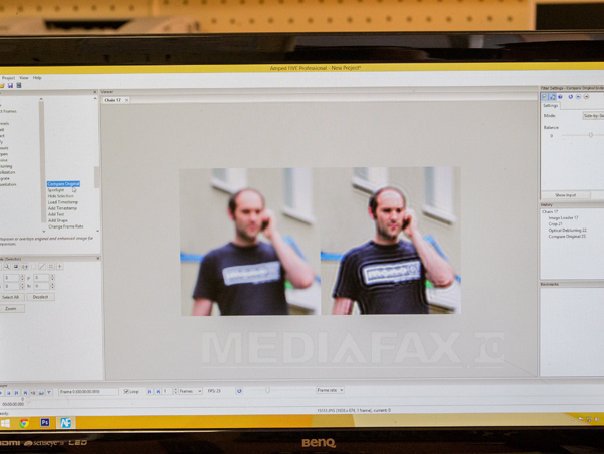 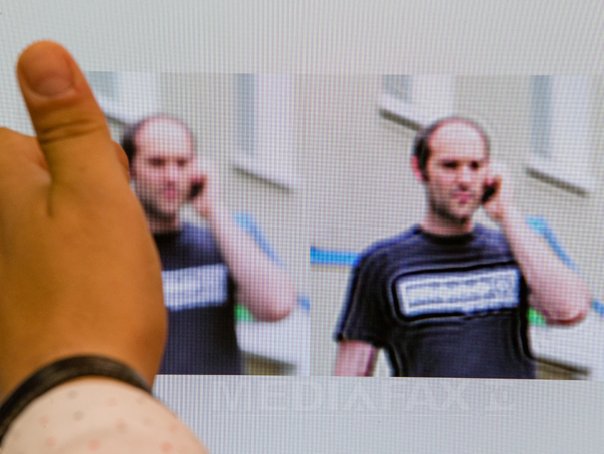 Cluj forensic police said that the new software allows for the easy identification of characters on license plates even in low visibility conditions including shade or rain or even when the car has been captured on film at an indirect angle.

“We have a video recording made by someone with several parked cars and the registration
number of a vehicle is seen from one side (rear side and not shown perfectly), the footage is
shaky, and rain reduces the visibility of the image. We can select the video of the car in question, and stabilize the area of the plate, due to the angle, the plate is skewed and by using the software you can remedy that to show the plate in a readable aspect ratio, as if it were recorded directly facing the plate. After some fine adjustments to the sharpness
filters, the numbers on the plate become readable . From nothing, we have something”, said a criminologist at Cluj police.

Also, by using the software you can read a license plate number of a car shot at night with no flash or you can get better quality evidence out of blurred images. 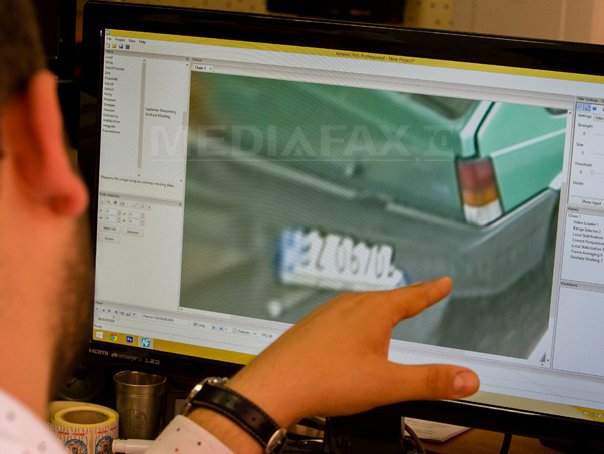 “It increases the exposure, then stabilizes the picture. The software takes the best frames and it overlaps them to produce a better picture. It can also improve the image and adjust color levels. Another example is a photo of a man dressed in a shirt, talking on a cell phone and is in front of a building. The image is blurred due to optical equipment, but we can improve it so we can see the design on the jersey. We have the ability to compare results with the original image to see the difference”, explained the criminologist at Cluj.

After making corrections and getting a clearer picture, the software automatically generates a
report showing what changes have been made to digital files, video or photo, and any   algorithms used as a  basis of these changes.

“We grow in credibility when formulating conclusions in a report  by the software indicating the
authors of algorithms, published books and publishing. With this software, the suspect can be identified more easily. From now on, videos can be analysed better. Our main workload involves crimes such as road traffic offenses and violent crimes, and all categories of offenses are covered by the scope of video recording “, concluded Mihai Teodorescu.

The original, untranslated version of this article can be found here.