We’ve had an incredible year and we hope you have too. 2016 was filled with exciting news and adventures for Amped Software.

We launched our new product called Amped DVRConv. This new tool has generated so much excitement and praise for being the quickest and easiest way to convert unplayable video files.

Our team also did such a fantastic job this year working on some new and very cool features as well as improving existing features in Amped FIVE and Amped Authenticate. You can read about all these updates in our many blog posts.

We added more people to our team this year and we’ve been doing a lot of travel. We’ve been on so many flights to attend numerous industry events and to train our users in so many beautiful countries.

We entered into new partnerships with industry leading companies like TASER and Griffeye and added many new resellers to our large global sales channel.

We are looking forward to 2017 as it looks like it’s going to be another awesome year for us. We have a lot of great things planned!

Until then, we would like to thank all our users and partners for an amazing 2016 and wish you all a very happy and safe holiday season. We look forward to seeing you in the new year.

It took us a while, but we wanted to make sure it was perfect! Today, we finally officially launched our newest product called Amped DVRConv.  In a nutshell, Amped DVRConv allows you (our customers) to easily and quickly convert unplayable/proprietary video files from surveillance cameras and digital video recorders, in minutes. This means you can now get to that vital digital evidence faster than ever!

Read below for the official announcement or click here.

END_OF_DOCUMENT_TOKEN_TO_BE_REPLACED

For a long time, we have been strongly against all the solutions that promised to their prospective customers, to be so simple that they can become experts with a single click.

For a long time, people just expected to know nothing about video forensics, image authentication and so on, and get a better license plate or recognize a person just by loading a software and hitting a button. We and we would say that it wasn’t possible.

For a long time, people expected to have an automated image and video authentication suite which could summarize all the complex technical matters in a single automated “real/fake” output, and we explained to our customers that it wasn’t not possible.

Well, we were wrong. It turns out that if you buy Amped ARSE, our latest and greatest software, you don’t need to have any skill or knowledge. The software will do everything for you, and it will be way better than any real expert. ARSE stands for Automatic Restoration, Synching, and Enhancement. END_OF_DOCUMENT_TOKEN_TO_BE_REPLACED

The media exhaustively covered these events, because of the big numbers involved. But, unfortunately, these incidents are just a part of the horrible events which happen on a daily base. Some minor coverage has been given to the attacks in Iraq and Yemen, but not a word on many others.

If you go to this Wikipedia page, and you count the terror attacks which happened after Brussels (10 days ago, from today) you will see that there are 31 and dozens of other people have been killed.

As a company, we strive to help law enforcement, intelligence agencies and all other organizations that fight crime and terror. Pictures and videos are a substantial part of the ongoing investigation and prevention of future happenings. As many of our users, friends and supporters know, we are always ready to help. If you need, you know where to find us. We will do our best.

Sometimes it’s easier to see something than it is to read about it.

We have our own YouTube Channel that is a fantastic way to learn about the software and the functions of each application.

As the last nine months have seen some huge advances in the software, we thought the time was right to launch a new set of screencasts, with the first being a look at the Interface in Amped FIVE.

Head over to the channel today, and remember to subscribe so that you get notified immediately when new videos drop.

If you find that your software looks a little different, and you have an active support plan, you can update to the latest version of Amped FIVE by going into the menu “Help” > “Check for Updates Online”. If you need to renew your SMS plan please contact us or one of our authorized partners.

Looks like this is the season for big announcements at Amped Software! After Spready joined us last year as our International Trainer, another pillar of the forensic video community is joining our team.

We are excited to announce that Jim Hoerricks is joining our US office as Director of Customer Support and Training, after retiring from the LAPD Scientific Investigations Department. Everybody in the industry knows Jim for his seminal book “Forensic Photoshop” and the popular Forensic Photoshop Blog. Jim is well known also for his direct, unfiltered and passionate style. I still remember when he requested a trial license of Amped FIVE from me a few years ago. I was very afraid of his review as he always expected a very high standard in his product reviews. But his first review of Amped FIVE was very good and he became so passionate about the product that he finally left Photoshop in favor of our tool, and later he became one of our trainers working on a case by case basis.

In the last year, our tools have been adopted en masse in North America. We needed a person who is a reference for the forensic community, but also one that we can fully trust for an industry as sensitive as  law enforcement and investigations is. Jim is a great expert, but even more he is a friend.

We are approaching the end of the year. It has been a busy period for us, full of changes and opportunities. The adoption of our products in the global market in the last year made us accomplish an excellent result: they are currently used in the main forensic labs and intelligence agencies in more than 50 countries worldwide.

Our team has grown more than ever this year and now one of the rockstars of forensic video analysis has become our main trainer.

And we guarantee that the next year will be even better… But for now, let’s look back at what happened.

One of the strongest competitive advantages of Amped Software is the very impressive release cycle of our products. We always strive to make our products more complete, trying to meet every possible need of forensic image and video analysis. And because of this, in 2015 alone, we have made 13 updates in total (and there still may be another one before the year ends!). Below is a recap of the main changes. 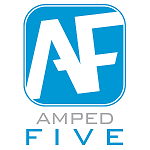 END_OF_DOCUMENT_TOKEN_TO_BE_REPLACED

I am very happy to tell you that David Spreadborough, better known in the industry as Spready, has just joined the Amped Software team.

If you follow this blog there is a very good chance you also follow Spready’s blog. He’s a long time expert in forensic video analysis, with over 24 years serving in the UK Police, and a master in the mysterious art of DVR format inspection.

Spready’s main role at Amped will be to work as a certified trainer for our products.

Until now, almost all of our training has been done by me (Martino Jerian, CEO and Founder of the company) and by Stefano Bianchi, who is in charge of technical support. Regarding the US, we have our awesome trainer Jim Hoerricks, which you certainly know, thanks to his popular blog Forensic Multimedia Analysis.

Last year we carried out about 20 training sessions, for a total of about 100 trained users, both at our headquarters in Trieste, Italy, and around the globe. You can easily see how much we needed to empower our staff with a person fully devoted to training.

But this is just the beginning, we expect to do a lot more with Spready! Stay tuned… You know where to find us…

Last week we released some minor updates to both FIVE and Authenticate. If your support plan is still active, you can update by going to the menu Help > Check for Updates Online. If you need to renew your plan, please contact us. END_OF_DOCUMENT_TOKEN_TO_BE_REPLACED

We’ve hired some patrols to take guard while everyone is off to enjoy the holiday season!

We want to wish all our customers, partners, friends and families around the world, a happy, fun and especially safe Christmas and joyful New Year!

From your friends at Amped Software.